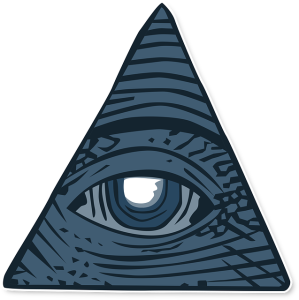 Providing you don’t buy into any of the propaganda, social media feeds offer a valuable gauge and indicator of what is generally going on and what the different camps are thinking about everything.

Scanning across the top of the echo chambers and ecosystems that political parties, activists, academics, commentators and the mainstream media inhabit can provide a very useful and interesting insight of how real people feel along with the contrary view of what the establishment wants us all to believe is going on.

Right now, there are a lot of people losing their shit within the anti-lockdown contingent, particularly those who are supporting #KBF or Keep Britain Free. (KBF was the brainchild of businessman Simon Dolan who crowd-funded the legal action against the Government over the Lockdown that was subsequently lost).

With each and every measure that the Johnson Government shoehorns into our lives feeling more restrictive and more out of touch than the last, the frustration of anti-lockdown supporters grows with their disbelief and frustration that neither the government nor mainstream media thinking is falling in line with what they see as being a very logical and right cause.

The problem for any new movement that doesn’t understand or respect the political terrain it faces is stupid politicians are pig headed in the extreme.

Whilst Boris & Co just keep on moving in a direction that is destroying this Country with everything they do, the open discussion and accusations of there being a conspiracy driving policy direction only serves to make the Government look measured and sensible. Meanwhile those lining up against them look increasingly like they should only ever be the subject of a damn good laugh.

Culturally, the majority of people in this country will not blink in their support for the Government until what Johnson & Co have done leaves them burned at a personal level. This is increasingly likely to happen in the coming weeks and months.

The monster that the Lockdown released hasn’t even come into full view yet. It is only when the reality of the chaos that the Government has unleashed hits everyone that the change that increasing numbers of us know has to happen with the way that politics operates in the UK will have the opportunity to work.

Bang your head against a brick wall enough times and you are certain to go dizzy. This is what is happening right now with a great many otherwise sensible people.

The futile effort that they are investing in ideas such as Covid and the Lockdown being part of a deliberate strategy are becoming counterproductive towards the creation and development of the new movement that would genuinely be able to sweep aside the usual suspects and dangerous activist groups when the Johnson Government falls and then step into the void and do something very good.

Nothing the Johnson Government is doing is either fair or right. But this is not the time to have a shouting competition about who is wrong and who is right. This is the moment for everyone awakening to the injustice that is at work to take a deep breathe and step back. Because pleading for what should be happening isn’t the way to change things so that what is happening is at it should be.

As it stands, the talk of conspiracy theories is making Johnson look credible when his actions would otherwise be speaking very clearly to us all

3 thoughts on “Conspiracy theories will help the Government, not the anti-lockdown cause”