What anyone wants, rather than what they need, will always be priced on the basis of what the ‘giver’ and get and what the ‘taker’ can afford.

The purpose of creating a non-monetary Local Exchange is to bring order to the transactions between people that involve the production and provision of the basic foods and goods that are essential for us all to live.

It is the first rule of a good community, that everyone adheres to the rules that are there to benefit and be fair to everyone, and especially so when they are there to ensure that everything that governs processes that apportion that which is available by sharing between everyone, is balanced and therefore proportional in every respect.

It is essential that everyone is fully committed to taking part, and that no level or partial form of opting out is allowed, so that people can do favours for friends or secure a higher return by taking part in a ‘black market’ or doing business on the side.

Yes, an individual should be able to opt out. But if they opt out in part, their non-participation should be taken as being in full and they should be excluded from taking any further part.

It is essential that all foods, goods and services offered are transparent and openly available to everyone within the community and participating within the system of exchange. The Local Exchange System will not be fair to everyone, if participants are able to ‘pick and choose’, as it will literally skew the value of everything on offer and diminish the value of ‘the community’ – taking us all immediately back to where we have just come from.

There is no part of the system we have today or the governance framework that allows it to function and dictate every part of our life, that has been left untouched by somebody somewhere changing it to further or to protect their own interests in some way.

Whether it has been local public service provision, local interpretation of planning law, the way non-government organisations are run, the rules that govern imports, exports and supply chains, or how public policy is designed by civil servants in Westminster, EVERYTHING at EVERY LEVEL has been built to serve the mechanics of a system that is Top-Down.

If you are anywhere in this hierarchy or pyramid at a level which is below the top, it has only worked for you by giving you things you have been led to believe you need, but which you actually want that are outside of yourself.

The price will have been that to some degree or another, you will have forgotten something or perhaps everything about real life, real values and the fundamental building blocks of who you really are.

How we interact with others and with everything in the world outside of us, is a mirror image of the person inside us at that very moment. Its who we believe we really are at that time.

If you pause and take that in, you may begin to see the part that everyone has played in allowing the world to become the place that it is today.

However, rather than dwelling on the things you’ve said to others, or the things you have or haven’t done, the way to put that behind you and play a role in shaping a world that is fair, balanced and works in the best interests of everyone, is to put the value back into everything in your life, and make everything that feeds into your life experience have meaning. This is not only your first building block of a new life for you, it’s the very first step towards the creation of the new world around us, beginning by changing the way we think about everything around us. Its how the old world will be replaced.

YOU ARE THE GRASSROOTS – no matter who you are, where you come from, or what you have or haven’t already done.

Before anything else, it is you, the Grassroots that must come together as neighbourhoods and then as communities. We can then work together to rediscover, reinvent and reinterpret localised systems that work for and on behalf of everybody. Always prioritizing peoples needs before anything else, and not what money or profit can be accumulated, or what glory, status, power or influence can be attained.

Top-Down is over. It’s all about Grassroots-Up. And it’s the people who are the GRASSROOTS who must always come first. 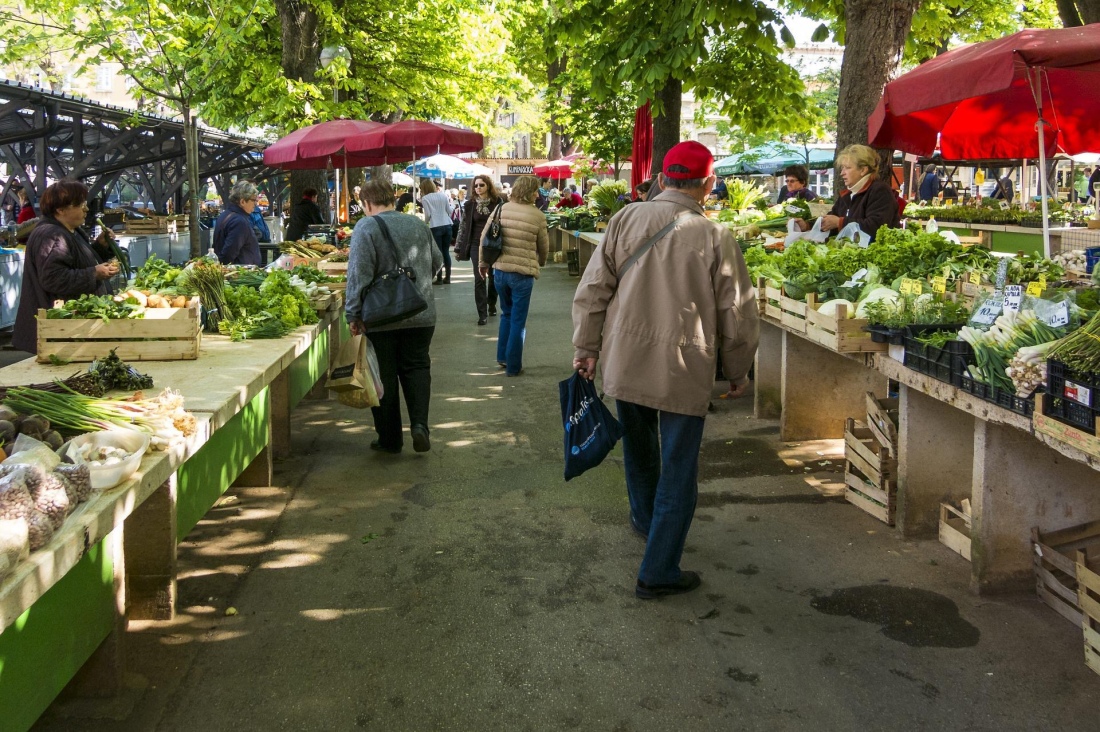 We cannot rely on any system where its reliability is based upon things that we cannot see or have no way to understand – i.e. you can’t pick up the phone or visit and speak to the farmer and ask in which field the wheat being sent to the local mill and then to the local baker is being grown.

The only system that we rely on is one that we either have responsibility for ourselves, or is being driven and managed by other people we know and can trust – because they are people who we may not be interacting with, but are around us and perhaps without us being aware, we are passing them and they are therefore in our lives each and every day.

As I write, I’m smiling. I know that there are people – and lots of them, who would respond to where this is going by jumping in and scornfully suggesting that what I am talking about does nothing more than hark back to either a medieval or romantically impractical age.

All well and good – if you live in a world that does everything for you, tells you that you can be everything to everyone else and does everything other than help you to help yourself, the very moment that even the smallest thing goes wrong!

The simple things are the most intelligent. It’s the process of storing up problems – and potentially catastrophic ones for us, where the real £benefit for others of hiding behind complexity and very complex systems lies.

We learn the value of everything through what we consider ‘real experience’ to be. Life works best and most beneficially for all, when the interactions that we have with everyone and with everything have real meaning and have real value for all of those involved.

Over time, politicians and our system of government haver worked progressively to take the power and influence that we had or should have further and further away from us, so that the social learning and opportunity to understand other people and different people in our neighbourhoods and communities are longer available to us as they once were.

This ‘progression’ has meant that decisions are always made from the top looking down. Often at great distance and in a way that helps those same vested interests to get away with doing all the things that they do, without ever having to see or experience the end results which by now you will be beginning to understand are always painful for us.