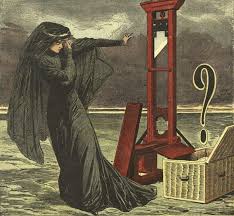 Observing the chaos that has been caused in Parliament by the exquisite mixture of self interest, ignorance and lack of moral standing on the part of so many of our existing MPs has become frightening. Frightening for the real people outside of politics, who until these past three years have relied upon our system of government to be reliably always there when it comes to doing what it is that MPs, Ministers and PMs should do.

But our MPs are drunk on what they perceive as their own power. They lost all sense of reality when they sold their souls to this establishment’s system.

They have left real people outside of Westminster with literally no idea where this is all heading nor where it will actually end.

Yet they genuinely believe that they are in control of everything that they do.

For years that number centuries, British people have been able to rely upon a system of checks and balances, that without need for anything more than the gentlemanly handshake that was representative of the trustworthy Britain of old, has kept our system of government moving – albeit through transfer of power to complete opposites as well as long-waiting successors, at any time that momentum has been lost, mistakes have been made or the incumbent in No10 has simply become too old.

But the days when MPs and this Country’s leaders were self aware enough and had the moral fortitude to simply ‘do the right thing’ when their time was done have now long since gone.

The stupidity of MPs who are either being deliberately obtuse or simply too stupid to know and understand why they were elected, has driven our system of governance to the point of destruction.

Not content with barricading themselves within our Parliament and seeing themselves as the squatters that they are, or accepting that they have overstayed their welcome and that they should leave; these pretenders to the principles of democracy have now gone even further, not only seeking but securing the dubious intervention of the Courts to endorse their unscrupulousness.

Together, they have underlined the reality that power in this Country is no longer in the hands of the people that Parliament and our Courts are supposed to serve.

The British People have the right to be frightened. Because in the General Election that is soon to come we are not being offered anything different or anything that is good.

In this General Election we will only have the choice of electing MPs who will be motivated by their own set of self-serving values. Whether new candidates or those who will plan on returning, everything will continue to be just the same.

The reason we have got to where we are is because the whole system has become about keeping itself going. It has reached the stage where it just perpetuates pain.

Without fundamental change to the way that political parties operate and the pool of candidates that it offers us is selected, all forms of government in this country are now destined to remain institutionally corrupt.

The British People are awakening to this. Deep down and viscerally we know and understand that the more these people in power today tell us that things are changing and have changed, the more they actually stay the same.

We have now reached a time when so many of these very same MPs blow off steam by projecting the guilt they carry for their own actions onto others that question them by branding them with names they themselves don’t understand such as ‘fascists’ and many other derogatory things.

But they do not realise that it is they themselves who through their dismissal and disrespect of the very system that gave them their opening and opportunity, are now opening the very door to a new form of governance that could very well end up encapsulating all that they suggest they are afraid of and more.

Many will scoff at such sentiment. But what the use of power without thought on this level invites is nothing less than a revolution.

Because it is now becoming clear to the silent majority of the People in this Country that the apparatus has been removed or rendered meaningless that would in other hands have provided us, the Electorate with the choice of a real political alternative that can be trusted to democratically win.

image thanks to unknown